Lives of the staff in the vehicle were put at risk by the wreckless behaviour of Minister’s Islow’s security escorts.

FESOJ demands the government to investigate the unfortunate incident in Mogadishu.

“Since the last Sunday of 25th of August we have been tracking to get information on how things happened , we have not yet found how the incident happened and what went wrong and so on , so, FESOJ strongly condemns this act and see as intimidation by media workers” Abadir Abdulkadir Elmi President of FESOJ said.

It is worrying that the government is yet to issue a statement over the incident and promises by Minister Islow to at least renovate the vehicle involved has not been heeded to.

Secretraty General of Federation of Somali Journalists FESOJ Mohamed Ibrahim Moalimuu said “the incident rises many questions. Was this a move to silence a particular media house? All these can only be answered if the government launches a proper investigation” 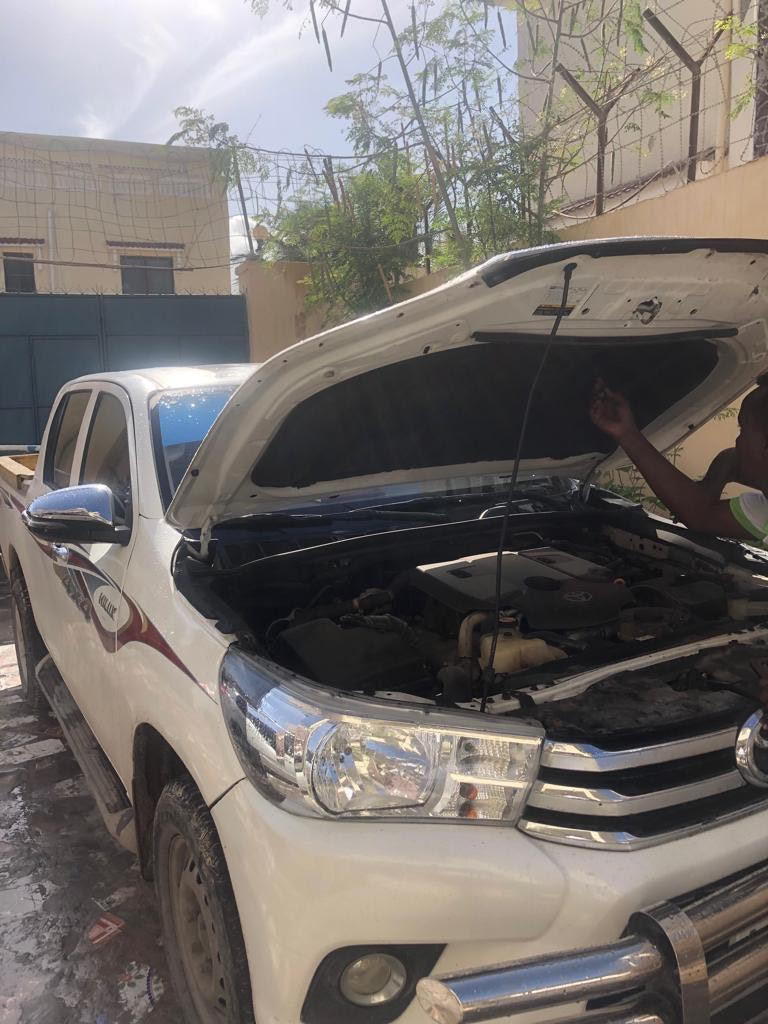